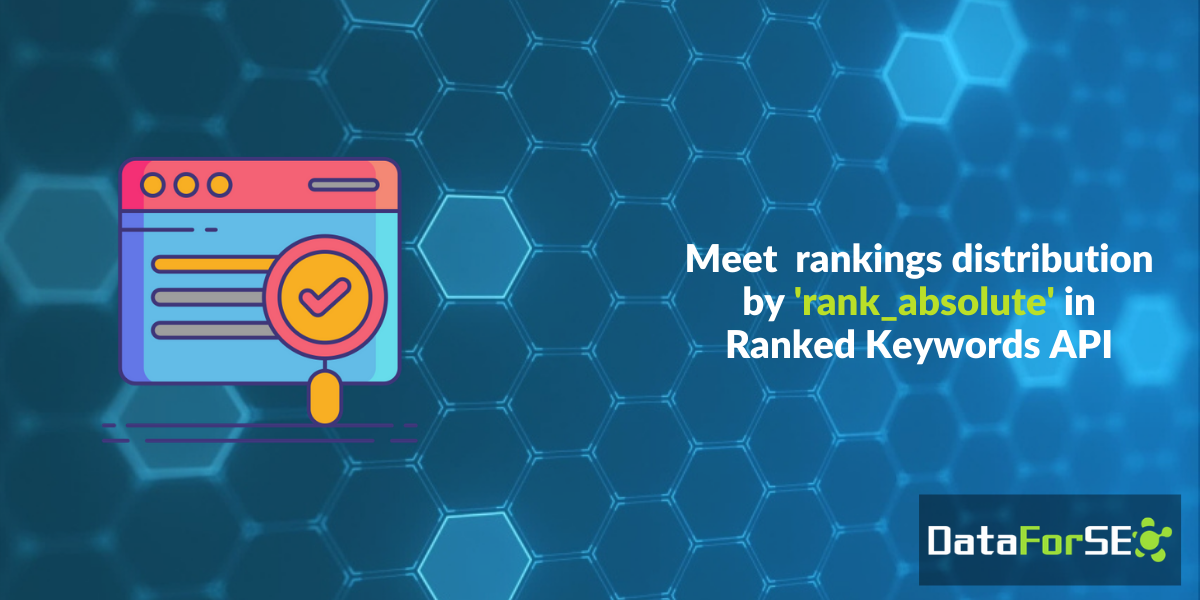 We are glad to introduce a new feature in Ranked Keywords API. We added the possibility to receive a detailed rankings distribution by the rank_absolute parameters that indicates the result’s position among all SERP elements.

Earlier, it was possible to receive rankings distribution by the rank_group parameters only that consider only equivalent SERP elements, such as organic, paid, and so on. From now on, you can see the distribution of “true” website rankings that also consider various rich snippets presented in the SERP.

When making a request to the Ranked Keywords API, just set “load_rank_absolute” to true, and the following array will show up in the results:

This feature enables you to create an alternative view of rankings distribution that is way closer to what users see when search something on Google. While most SEOs still consider only organic rankings, the real picture usually hides behind different SERP features.

Drop a line to our customer support team.